As human beings, we absolutely love what’s not good for us.

Whether it be the occasional cigar, a second cocktail after dinner or a bucket of extra-crispy fried chicken from The Colonel himself, we tend to want immediate access to what’s unlikely to do us any favors in both the near and distant future.

But this isn’t only limited to harmful substances and artery-clogging cuisines—it’s an emotional, social matter, as well.

Truth be told, regardless of whether or not your level of sales savvy and emotional intelligence (EQ) has reached Einstein proportions, you’re naturally predisposed to take the easy way out—in other words, to complain.

The Science Behind Complaining

No, there’s no need to lash out, blaming your parents, a step-sibling or ill-tempered teacher from way back in grade school—it’s not their fault.

If it doesn’t have to exert itself to bring about personal gratification and comfort, it won’t. This is where the allure of complaining comes into the picture.

When you complain about a client, proposal or manager, your brain’s neurons immediately branch out, facilitating the flow of information. The contentment that’s produced is both emotionally and neurologically pleasing.

As such, the next time your presented with an opportunity to think critically or complain, you’ll choose the latter—your brain prefers it.

No, this isn’t one of those crazy, pseudoscientific findings—it’s true.

In fact, industry-leading studies have shown that the vast majority of people complain at least once during the course of any given conversation—sound like a recent sales pitch of yours?

If so, for the sake of your sales success, it’s time to flip the switch on your brain’s default setting.

You don’t need me to talk your ear off about the dangers of negativity—they’re well known by nearly everyone within the business world. The harder task, however, is finding a solution to the problem—ending complaints once and for all.

Based on experience, from what I’ve seen, there are two ways to go about removing complaints:

The first sounds somewhat corny, but I wouldn’t bring it up if it weren’t true—develop an “attitude of gratitude.” But seriously, the next time you feel the need to complain, think of something for which your genuinely grateful—family, friends, employment, etc.

And while you’re doing it, keep in mind that this isn’t a tactic found solely in Sunday school classes all over the United States—once again, science backs it up, too.

A recent study by the University of California, Davis, discovered that people who openly express gratitude experienced improved moods, heightened energy levels and the production of up to 23 percent less cortisol—the hormone in your body responsible for stress production.

The second way to go about permanently removing complaints from your list of hindering sales habits is to take to what Dr. Travis Bradberry, an award-winning author and EQ expert, calls, “solution-oriented complaining.”

Solution-oriented complaining should only be used when absolutely necessary.

Instead of a full-blown verbal onslaught of pessimism, social-oriented complaining asks that, while complaining, you focus on addressing all of the following:

Solution-oriented complaining isn’t ideal, but when there’s significant ground to be made up, it’s an excellent place to start.

Optimism is a choice. Make it frequently enough, and it won’t only become a habit, but a career-defining characteristic of yours, too.

That’s all for me, but don’t let the conversation stop on my account.

In the comments section below, talk about the impact of complaining on sales teams and how it can be overcome to boost team morale. As always, thanks for reading, and have a great day! 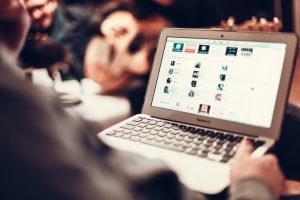 We’ve all been on the wrong end of a relationship that suddenly disintegrated out of nowhere. Whether it was friend, […]