It’s a bit of a harsh question, isn’t it?

Before getting into the heart of this post, please know now that I’m in no way, shape or form making an assumption about your ability to lead.

More than anything, I’ve experienced firsthand what it’s like to work for a toxic boss.

Because of this, I want to shed some light on the negative situation, identifying a few of the biggest reasons for why this sort of thing happens so frequently.

Take it from me—as I’ve progressed in my career and become a boss of both myself and others, I’ve realized that it’s important to do some self-analysis from time to time, making certain that I’m not falling into the same traps I once passionately vowed to avoid at all costs.

You see what I mean?

So, with all of this in mind, let’s dive headfirst into why—whether intentional or not—you might be the kind of deadbeat boss you’d always hoped to sidestep throughout life:

The worst, most ineffective bosses are rarely visible. Seeing as how they’re in charge, they rarely see it necessary to be seen in the office.

Yes, they’re still working, but more often than not, from the comfort of a home office, living room couch or local café. And when they do show up, they’re cooped up in their personal space, not to be disturbed by anyone.

Got a question, comment or concern? Take it elsewhere.

A deadbeat boss doesn’t have time for face-to-face management, especially when facing a potential conflict. Instead, this kind of captain is content to manage by way of short, choppy emails and vague text messages.

2) You’re the Epitome of a ‘Control Freak’

Truth be told, it’s my personal opinion that nearly all bosses are controlling to a certain extent. In fact, in many instances, it’s a lack of control that first led them to branch out, becoming their own bosses in the process.

Still, there’s a happy medium for everything.

Bad bosses ignore this, making themselves champions of micromanagement.

As such, their teams routinely feel stifled, burdened and unhappy. Even worse, with a control freak at the helm, each of the following all but disappear:

For these kinds of people, the mere suggestion that something they’ve said, thought of or done might be incorrect is on par with insulting The Pope—outrageous.

Taking ownership of things that go wrong? They’re not about that.

As far as these lousy leaders are concerned, after making money, preserving a personal reputation and saving face are what matter most.

I think it’s important to ask yourself, why did you get into leadership?  If it was ego driven and not because you thrive on transforming the business through mentoring and coaching your employees, chances are you’re in the wrong job…

That wasn’t so painful, was it?

If at any point while reading this post you felt the need to make a few changes, relax—you’re in good company. While writing it, I felt the exact same way.

Are we deadbeat bosses?

Absolutely not—we’re imperfect bosses, and as long as we continue to make an effort to improve, that’s something with which we should be able to live comfortably.

Now for the good part—in the comments section below, I want you to vent. Keep it clean, but really let me know what—in your mind, at least—makes for a deadbeat boss.

As always, I’ll be checking back in throughout the remainder of the week to keep this post’s conversation alive and well. Can’t wait to see what you’ve got for me—talk soon! 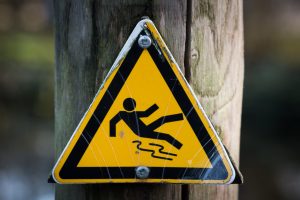 No matter the offer, experienced salespeople know how to entice, intrigue and close.   But just because they’re skilled in […]