Though “curiosity killed the cat,” in today’s day and age, it’s quickly become an increasingly valued trait. One that, unbeknownst to most, is associated with improved memory, heightened learning abilities and a wide variety of other benefits to boot.

That said, the benefits of curiosity don’t only apply to the inquisitive individual—they also bleed into the world of sales. Truth be told, by leveraging curiosity, you can more effectively connect with potential customers, generating measurable results for your company in the process.

Curious to learn both how and why? That’s what I thought—check it out:

First, it helps to understand what makes curiosity so powerful in the first place.

The secret here? Curiosity is actually an emotion. While that might not sound so significant on its own, as far as your sales results are concerned, such a fact can make a tremendous difference.

According to neuroscience, feelings of curiosity are rooted in the amygdala—the part of the brain most responsible for causing us to feel fear and other dominant emotions.

The feelings produced by this part of the brain can have a significant impact on the decision-making process. Interestingly enough, this is especially true of curiosity.

Curiosity as a Motivator

More than anything else, what makes curiosity stand out from other emotions is that it often produces a motivational power that drives decisions. In fact, curiosity is listed as one of humanity’s 16 basic desires.

There, it’s described as, “The need to gain knowledge.”

No matter how you describe it (learning, discovering, exploring, etc.), all curiosity essentially comes down to a desire to gain knowledge—especially when there’s a problem to be solved.

As the desire to learn grows, curiosity motivates people to look for answers from a wide range of sources (sometimes compulsively) until they’re able to obtain the information they seek.

Yup, you guessed it—this is where your finely-tuned sales abilities come into the picture.

How to Engage Your Buyer Via Curiosity

Just about every company or individual has problems they wish to solve. They know that a solution is out there, but for whatever reason, they’ve been unable to find an effective way to deal with it on their own.

Their curiosity (once again, a desire to obtain knowledge) serves as a powerful driving force, encouraging them to conduct research and surveys, test new business practices, and yes—even look to other products and services to find a solution to their problem.

Because of this, as a salesperson, you hold a great deal of power.

After successfully identifying the information a potential customer wants, use your knowledge of curiosity to ignite their interest, drawing them into a meaningful conversation.

An Example to Help Make Sense of Things

Just yesterday I was on a call to wrap my arms around new technology that can create efficiencies for ATP’s recruiting process. I had the upfront “exploratory chat” and was clear on my expectations of wanting to see the tech up close and personal to uncover value for some of my key pain points. Let’s be real here, I’m a fellow sales comrade and couldn’t have made it any easier for this gentleman to engage with me—I gave him the playbook for what to do to get my business.

I’ve written before about how salespeople need to shut up and listen. Well, this is another shining example of why…

Let’s just say, a deck popped up that had nothing to do with what I wanted and for the next 20 minutes (I only had 30) ensued a boring, hard to understand pitch that turned me off. I tried on more than one occasion to get back to what I needed, but this fella was hell-bent on doing his thing. When all was said and done, I had a hurried glimpse into the tech that should’ve consumed the entire time.

When we got to pricing in the last 30 seconds, a page popped up with a matrix for enterprise customers in a foreign currency (insert frustrated emoji face). Let’s just say, this deal isn’t happening and I have other options to pursue.

Instead of giving me every bit of knowledge he felt the need to provide, it would’ve been a very different scenario had he teased the details one piece at a time while in the tool, satisfying my curiosity, while simultaneously adding to it, as well.

It’s a difficult skill to master, but the best use it flawlessly.

As always, now I want you to weigh in.

How does your team use curiosity to close sales? Alternatively, how have you been “sold” when someone appealed to your curiosity during a sales pitch?

Needless to say, I’m looking forward to your thoughts. Until then, thanks for reading!

-Amy Volas
Note:  this was originally featured on LinkedIn 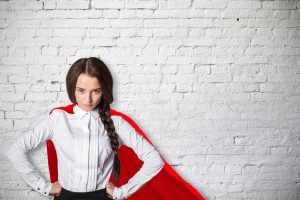 Simply put, sales IS absolutely the key factor in driving a company’s success. Of course, it’s important to have an […]