These days, with the likes of just about everything in the workplace being quantified, hiring a salesperson can be more of a scientific endeavor than anything else. That said, just because ours is an industry that has more numbers on file than Wallstreet, doesn’t mean that mistakes aren’t made.

Regardless of the size of your business, sometimes, the sales person you hired doesn’t work out. However, if you’re in the startup world, the effects of making the wrong hire is greater than you’d care to know or want to deal with.

Well, more than likely, your sales recruiting process and the attempt to hire and retain those top performers you’ve been clamoring to get your hands on to grow the mess out of your business may be a bit disjointed.  Does this sound familiar? You have some tools up your sleeve, a handful of people that may or may not have an emphasis on recruiting or on-boarding trying to cram all of this in with competing priorities.

Apart from this, you may not be working with much else or have the bandwidth to do so.

Oh! And those numbers I previously mentioned? Good luck, you’re going to need it.

Every niche comes with its own set of sales superstars. The deeper you delve, the better acquainted you’ll become with those who are making it seriously rain for their employers out in your industry’s sales trenches.

If you can hire one of these elite sales performers, do it without hesitation and avoid an arduous interview process.

I’m serious—having previously proven themselves in your startup’s industry, they’re substantially more likely to do the same for you and your team. If you’re having trouble getting them to talk to you (a common obstacle), that’s where I come in and am more than happy to help (shameless plug). It’s one thing to know who they are, a completely other ball of wax to get them to be interested in you, your mission and taking the plunge to be part of it…

However, not any sales all-star will do.

Just because a salesperson has quickly made a name for themselves in one industry, doesn’t mean they’ll do the same in yours. Michael Phelps is a record-breaking Olympian, but that doesn’t mean his athleticism will translate to the NHL.

The general concept is the same.

There’s this idea out there that if a salesperson saw a great deal of success at a larger, more established company, they’ll find similar success at the startup level, too. Take it from someone who’s seen this scenario play out on more than one occasion—it doesn’t always work.

And it makes sense—most startups don’t come equipped with a support staff. Sales research, enablement, operations, prospecting and the like? Yup, you guessed it—that’s most likely an everyday task for your new addition to the sales team.

So, though the talent might very much be there, the difference of environment might be too much of a transition if you’re hoping to find someone who will make the impact your looking for while sticking around for the long haul.

As a startup, though the resources from which you so desperately stand to benefit will one day be in place, at the present moment, they’re not—adequate sales training and ongoing education is likely one of them. Keep this in mind while interviewing incoming sales prospects.

No, an impressive sales history isn’t necessarily a sure-fire indication of success.

Still, if your current idea of sales training involves little more than inundating new employees with product points and playbooks, you might want to consider speaking exclusively with those who’ve at least proven themselves to a certain degree in the past.

Things won’t always be this way, but for now, it’s your best bet.

4) Kicking Company Culture to the Curb

If ever I had a calling card as a startup sales recruiter, this is how it would read: “Culture Matters.” Simply put, ignoring the importance of culture fit when on the lookout for top-notch sales talent is a recipe for disaster.

For example, does an applicant’s background lead you to believe that they’d be comfortable in more of a buttoned-up, custom-fit suit kind of setting?

If so, your t-shirt and jeans startup might have them feeling uncomfortable.

There’s a reason companies with happy employees outperform industry-specific competitors by 20 percent—in large part, they’re comfortable with the culture of where they’re working.

Startups are unique; make sure the fit is spot-on.

PS, culture is way more than a stocked fridge, happy hours and perks. Anyone and everyone can do that and oftentimes say the same thing which doesn’t make the impact you’re hoping to achieve. To make your culture standout, emphasize the work, opportunity, the ‘whys’ and ‘hows’ to ensure alignment.

Odds are high that, in one way or another, you’ve participated in the hiring process of at least one employee at a startup or small business.

Either way, I want to hear about it.

In the comments section below, let me know how things went—did all go according to plan? If not, what obstacles did you run into? If you could go back, what would you do differently? It’s all about the lessons learned and I want to learn from you.

As always, I look forward to reading your comments—thanks for taking the time to read!

Note:  I originally featured this piece on LinkedIn – Amy 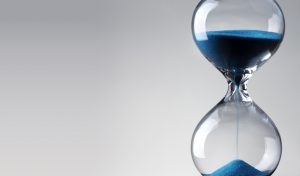 If you look across the dynamic startup landscape, while all are very different, they have one thing in common: their […]