You and I both know that sales in particular has traditionally been a “boy’s club”. Even today, the sales force is still male dominated (61% of all salespeople are male).

Since October is Women In Sales month, I wanted to take some time to discuss this. Let me be clear: I’m not trying to bash men. I’ve worked with more men than women over the course of my career, including many that have truly shown the utmost respect for me, my opinions, and my work. Others who have guided me, mentored me, uplifted me, and set the example for everything I aspire to be.

But the issue is, the reasons why sales is a male dominated industry are usually so ingrained in culture that they influence our perceptions without us even knowing it.

And it’s way more damaging than people realize…businesses are suffering by embracing the things that cause this imbalance either knowingly or unknowingly (just so you know, the data from MANY studies backs this…more on that in a bit).

Don’t believe me? Read on.

What really causes the gender gap in sales? (Hint: it’s probably not what you think)

Fun fact: there are entire highly-functional cultures where women are the decision makers and rulers, and the men play a more submissive role in nearly every aspect of life.

That said, what do you think someone from one of those cultures would say to you if you told them men were inherently better leaders (a bias that often exists in ours)? They’d probably tell you that you were crazy!

This is a great example of how culture affects the perception of what each gender is “best suited” for. And this is exactly why the bias that is present within the sales world exists.

In an effort to explain the imbalance between men and women in any industry, it’s been easy to say “men must naturally be more suited for it since there are more of them doing it”. But there is no way this is true if the entire structure of society can be flipped from patriarchal to matriarchal. If women can lead entire societies, why can’t they also excel in sales?

And then there’s the argument of how. Sure, women can lead or knock it out of the park as sales people, but will they do it the same as men would?

Much of the research along these lines suggests that “hard-wired natural abilities” like navigation or math are in fact “soft wired” as the result of socialization rather than natural biological tendencies. In fact, study after study has found that the gender gap in math ability decreases with an increase in gender equality within society.

That leads me to believe (in addition to my own experience) that men or women are not better at sales because of any “natural given ability”. Rather, there are more men in sales because culture has traditionally said it’s a man’s job and because women have been (and often still are being) denied access to it.

Again, I’m not trying to point the finger at men here for being jerks, though you and I both know that still happens. The hardest part of this is, much of the prejudice happens unconsciously as a result of deeply ingrained cultural trends on each side of the gender divide.

But awareness of the problem is the first step to solving it. To give you a small sampling of what this looks like, here’s how it plays out in real life for so many women in sales.

Meritocracy isn’t as widespread as you think for women.

That alone should show you the financial value of having more women in sales (just imagine what closing 11% more deals would mean to your business’ bottom line).

But yet, women still get told they’re not cut out for the industry in all manner of ways.

For instance, early on in my career I was hired as the “guinea pig” to prove a concept for a marketplace. While they had a hunch it could be lucrative, they didn’t know if it would work and needed a salesperson to dig in to see what the road ahead might look like.

A year later, I had quadrupled the revenue for our group and came to represent almost 60% of the firm’s annual sales. But in spite of this, I was told I was making too much money for my demographic, age, and career stage and that changes needed to be made to my comp.

Seriously? I’m making 60% of the company’s revenue and I’m being told that I’m making too much because I’m a woman and I’m young? No wonder so many high-performing women leave sales!

Here’s another example from a different angle.

Kim O’Grady (male) spent 4 months just trying to get an interview as a highly-qualified candidate in a heavily male-dominated industry (engineering and management) with absolutely no bites because they thought he was a woman.

So, he decided to add the prefix “Mr.” in front of his name on his resume to see if that made a difference. Sure enough, he beat out every single short-listed applicant on the next job he applied for.

These stories are just the tip of the iceberg – there are so many more like them out there.

But ok so what? Why should we care about inequality? You may not realize, it’s actually in your best interest to actively fight this. Here’s why.

What you’re missing if you don’t value diversity.

It’s easy to say that these gender biases should inherently not exist (which is true). But the reality is, that fact alone isn’t going to convince anyone that things need to change.

Most top performers know intuitively that a lack of diversity breeds stagnation (too many people with identical thought processes limits creativity). But the data actually supports this too.

According to a study done by McKinsey & Company in 2015, companies in the top quartile for gender diversity are 15% more likely to financially outperform their competition (note: when it comes to ethnic diversity, it’s 35%).

“While correlation does not equal causation (greater gender and ethnic diversity in corporate leadership doesn’t automatically translate into more profit), the correlation does indicate that when companies commit themselves to diverse leadership, they are more successful. More diverse companies, we believe, are better able to win top talent and improve their customer orientation, employee satisfaction, and decision making, and all that leads to a virtuous cycle of increasing returns. This in turn suggests that other kinds of diversity—for example, in age, sexual orientation, and experience (such as a global mindset and cultural fluency)—are also likely to bring some level of competitive advantage for companies that can attract and retain such diverse talent.”

There’s more data that suggests this is the case as well.

And that’s the thing: when companies actively seek out diversity, their mindset is usually different. They welcome a fresh perspective, because they know it leads to progress, which top performers are attracted to.

But when company doesn’t value this, talented women or people of a different ethnic background often leave (or underperform), taking the chance for big wins with them.

Women in sales: share your experiences in the comments.

Again, my intent is not to shake my fist at men in sales. So many of my mentors are men.

It’s important to address the fact that many people aren’t aware of the extent which biases exist in our culture (or are in denial that they do). Especially men, because they don’t experience it as frequently as women do (or at all).

And since that is the case, I think it’s important for everyone to hear that I’m not the only one saying this or experiencing it. To make sure we are creating awareness about the gender biases that exist and how they actually play out in real life, ladies, please share your experiences in this regard in the comments below.

Important note: I don’t want this to be a gripe session, so keep it constructive. The goal is to create awareness for the benefit of everyone.

Men in sales: still not convinced?

Prove me wrong. Drop your preconceived notions about “culture” and hire on experience, results, and sales DNA and a shared vision for the task at hand regardless of gender.

If you don’t see the boost in team performance that these studies claim, bring me resumes and I’ll happily take a look at them to help you make a smarter choice for your next hire. I’m that confident that gender has no part in sales success. 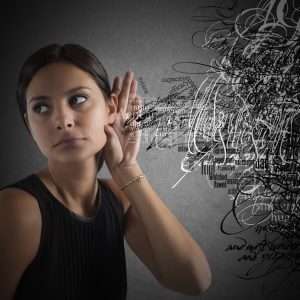 When I saw the results of a study Gong.io did last year to see if they could determine “what […]