Startups often get romanticized in media these days. And while there certainly is a romantic element for the right type of person, the truth is, that media coverage usually leaves a BIG gap between reality and expectations for many.

I’ve worked with startups for the better part of my career, and I can tell you… while there are a lot of great things about building something new from the ground up, there are also a whole new set of challenges that follow.

That said, as a sales fanatic with a passion for the startup space, here’s what my experience (and the experience of my fellow startup sales comrades) has been in the dynamic sales world of startups when it comes to expectation vs. reality. Reality: You will wear many hats, especially in early stage.

Keep in mind, startups are usually short-staffed, cash-strapped, and need to develop their customer base from ZERO. As a result, they often don’t have the resources to hire the full sales team you might be used to. So, get ready to do your own prospecting and lead generation. In fact, be prepared to often do more prospecting than actual selling.

At every single startup I’ve been a part of, I’ve created my own collateral, lobbied for tools, mentored other team members, worked with product, was a quasi therapist to the leadership team, booked my own travel, did my own expenses, created CRM rules, and more.  While some of these things weren’t my job, it was terrific to have that kind of influence and voice to do great business.

Takeaway: Be ready to handle a lot more of the sales process than you’re used to. Remember playing Oregon Trail as a kid? Startup sales is like that. It’s the frontier of the business world, and though it comes with a lot of freedom and opportunity, that also means there are a lot of ways to end up with dead oxen.

At startups, every conversation, engagement, lead, and interaction counts a lot more than with an established company. I saw so many people “skate” by and not hit numbers quarter after quarter after quarter when I worked at Yahoo!. But in my startup life, I’ve seen people be put on PIP plans (performance improvement plans) as a way of trying to get the most out of their sales people or manage people out.

So yes, working in sales at startups is “exciting” in the sense that it’s often stressful.

Takeaway: Be prepared for a lot of uncertainty and to work REALLY hard.

Myth #3: Startups are lucrative and you’re going to get rich.

Reality: The rewards from your work will take time and may never come.

I was hired as the first enterprise sales person for a startup one time where the company had no idea how enterprise sales worked or the time and commitment it takes to do it. The result? The entire sales team was eliminated including yours truly inside of 9 months and the company dwindled away.

Success in startup sales is not guaranteed individually or as a team, which means actually making sales and having a nice paycheck are something you’re going to have to work hard for. You’ll often have to take your lumps up front if you want the shot at big money later, and chances are you’re never going to get rich at all, since 90% of startups fail.

Takeaway: Make sure you love what you’re going to be selling. Myth #4: Someone else has the answers when you don’t.

Reality: No one has them. You have to figure it out!

One startup I joined had no idea how to communicate with their enterprise buyers. There was no collateral and the one-sheet they had was bush league. And, there was literally nobody else there but me that understood the importance of getting it right the first time in front of buyer of this caliber. I had to roll up my sleeves, create my own collateral, and figure it out.

Unlike an established company, where processes have been iterated on and pitches have been refined, in a startup, these things are often nothing more than a blank page that you need to fill yourself at a startup. No one else can/will do it for you, because it’s likely that you’re the expert on the subject.

Takeaway: Treat this like an education and an opportunity to learn. Be ready to fail. Myth #5: Selling will be easy because they have a “new idea”

Reality: New ideas rarely make it “across the chasm” and most things aren’t really new.

Selling startups is one of the most difficult things I’ve ever done. Even the startups I’ve worked for that actually had a game-changing product still required a TON of blood, sweat, and tears just to make an impact.

That’s because in reality, new ideas are usually slow to catch on… it takes time before larger markets will adopt them. Which means you’ll be left trying to sell something that people aren’t ready for yet.

Additionally, many startups don’t really have a new idea in the first place. While many founders like to think their startup is the next unicorn, the truth is they’re nothing more than a “me-too” solution that won’t have the edge that the “out-of-thin-air” quota you’ll be handed will require.

Takeaway: Do your homework on the product, company, and industry and know where they fit in the market before you hire on.

(Related: How to find your dream sales gig with a scorecard) Myth #6: People who work for startups are cool so it will be easier to work together.

Reality: Everything is way more personal and a lot less buttoned up.

Startup founders have invested a lot personally and professionally on their ventures and are often not quick to accept suggestions and criticism as a result. They often are stuck on their vision, which means you could be expected to sell something the market isn’t interested in without their support.

Takeaway: Make sure you have a voice in the company to do great business for your customers and that the founders are market focused. Myth #7: What you did today will be the same tomorrow.

Reality: Change is the only thing that is constant in startup sales.

I have yet to work for a startup that didn’t make changes frequently. And I’ve seen so many people struggle with this.

Finding the right product/market fit is a complex venture, and as leadership learns and grows and the product matures, processes and people are guaranteed to change with it. And sometimes, things change so fast that way you were doing today won’t be the way you’re doing it tomorrow.

Takeaway: If you don’t like rapid change, don’t work for a startup. Myth #8: Ping pong tables and free beer mean it will be a great place to work.

Reality: These perks are more likely to get in the way than help you be more productive.

I’ve seen so many companies lead with their perks foot first and when you peel back the layers, there isn’t anything substantial there. Anytime it’s been about the perks, I’ve asked pointed questions on what happens in the day to day and it’s seldom much more than the perks.

Takeaway: Don’t let perks fool you… a great place to work is much more than free lunch.

This list is not here to make you avoid startups… it’s to set the record straight on what to expect if you want to venture into the startup world. It requires way more than you think and you need to be smart about it.

Startups are not for everyone in sales, but it is rewarding for the right person. Building something from the ground up is a nothing short of a thrill, but that also means it’s likely not going to be all sunshine and rainbows.

I want to hear from those who have startup experience: which one of these resonated most with you? Put it in the comments below.

Read more of my articles:

3 out of 4 sales people are mediocre at best. Here’s how to be the 1 that’s killing it.

Times have changed: How to search for a sales role in 2017

The 3 best pieces of sales advice I’ve ever received.

Why relationships are the key to success in sales (and how to build them using social media). 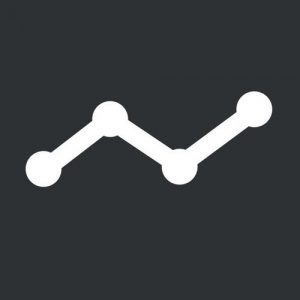