Steve Martin, a contributor for the Harvard Business Review wrote an intriguing article last summer about a study he did on why sales people win or lose a deal.

The data led him to a really interesting conclusion: in most cases, competing products’ feature sets were considered by buyers to be more or less equal in most instances. Which meant there was something more that was the determining factor for a buyer’s purchase decision.

Specifically, something sales people were (or weren’t) doing.

While I have certainly experienced the causes for success or failure of salespeople that the study found in my own sales life, I wanted to come at this from a different angle. Because I think the article makes a few key assumptions that are often overlooked as reasons why a salesperson doesn’t end up winning the deal.

The study seems to assume that the prospect you’re talking to is a lead who is actively looking to buy in the first place (and one that is actually a good fit for your product).

My experience tells me however that a lot of startups actually have more trouble differentiating between a good lead and a bad lead, since they’re usually trying to establish themselves in the market up front. And this ends up getting reflected in the performance of their salespeople (but is often not their fault).

That said, here are four things that the last 20 years has shown me contribute to the reasons sales people don’t win the sale – especially in startups.

1. There are such things as bad prospects (not every lead is solid gold).

Depending on how your organization is structured or what role you are playing in the sales machine, you may or may not be the one prospecting. But whether you are or not, knowing when a lead is just not worth pursuing is something you really need to pay close attention to.

For lack of a better description, square pegs just don’t fit in round holes. And trying to sell a prospect a product that simply isn’t a good fit for them is actually doubly expensive – you could be working with a customer who actually has a need for what you’re offering instead.

This is exactly why I implore everyone in sales to prioritize quality over quantity at all costs and all levels of the function… you and your team will be exponentially more productive (and profitable) if you focus on the prospects who can give you the long-term value you need to grow than if you spend all your time trying to persuade the ones that are lukewarm.

It’s a lesson that has been driven home doubly hard in the last 2 years with ATP as well –  I find myself saying “No” more than I say yes these days, because we’re just not the right fit for everyone.

Bottom line – if you want to get more out of your sales teams or produce more as an individual contributor, get good at prioritizing the good leads and setting aside the so-so ones for later. You’ll see a higher success rate, and will grow much quicker as a result.

I have some mixed feelings on this, because I think there are definitely things a salesperson can do to help it seem “more like the right time”. There genuinely are opportunities where you can help your prospect see the blind spots they didn’t realize that your product/service can truly solve for.

That said, sometimes it really just isn’t the right time. And in that case, the worst thing you can do is push harder to try to make the deal happen. And this was reinforced just last week with a prospect.

We originally talked a year ago about ways I could help him build his sales team. But the timing was off because he was pressured by his board to go with a referral.

However as it turned out, said referral crashed and burned. And since I stayed closely connected even when they went in a different direction, the second they planned to expand the team and fix their mis-hire, I was the first call he made.

The truth is, even a good prospect (one who really could use what you offer) may not be ready for the purchase at that moment. It could be budgetary, or it could be internal priorities that make it so (like the situation above).

Either way, the smart approach at that point is to make sure they remember you favorably, so when they are ready, you’re top of mind. This is a long game, not a short one, and you need to keep the relationship healthy if you ever want a shot at their business.

I’ve found the best way to do this is to prioritize being helpful at all costs, even if it doesn’t result in a sale right away. But leading with the helping “foot” will ALWAYS pay off in the long run.

Remember… if they’re a strong lead, they’ve likely already seen how valuable what you’re selling is to them. So if they’re truly not ready (for whatever reason), look for ways to show them you have their best interests in mind until they are (the link above has a ton of suggestions how)!

3. You missed the real (but hidden) decision maker.

On average, a B2B purchase decision involves 5.4 decisions makers these days. And this complexity (which is increasing) can often make it hard to see who is really calling the shots on a deal.

Steve Martin found that 90% of the time there’s often a kingpin decision maker within that group of 5.4 who isn’t always visible to the untrained eye. And in fact, 89% of the time this person ends up getting their way on the purchase decision!

So as sales people, it’s critically important that we’re aware of this dynamic which often plays out in a sale, and be actively looking for the key people within the key people who need to be sold for it to happen successfully.

I was formally trained via Miller Heiman  (amongst many others) and subscribe to much of which they evangelize to this day. So here’s a quick few tips from their methodology which work well in this case:

4. The product simply falls short in the market.

This really does happen (42% of the time for startups in fact). It’s awfully hard to sell a vitamin when your customer needs a pain killer.

As a salesperson, there’s really not a lot you can do about the product, other than give your feedback (and your customers’ feedback) and hope for the best. That’s why it’s critical that you scope this kind of thing out before you make the leap.

Things to consider include:

Without these things, your efforts in sales are likely to fall short and you’ll be left taking the blame even though you can’t control it. And that’s a tough position for a salesperson to be in (startup founders and leadership – take note!).

I’d recommend that you incorporate this point into your process for finding a great sales role that you’ll love and rock at. And my favorite method for doing that is to use a scorecard.

Closing the deal is more of a multi-faceted team effort than many realize, and it’s not always something salespeople have full control over. There are forces at play in every deal that talented sales people can influence, but sometimes the deck really is stacked against you.

That’s why as a salesperson it’s critical that you do the hard work up front to filter out bad opportunities before you take on a new role, and make sure you’re setting yourself up for success. Leadership that truly listens is what I would put at the top of my list.

Additionally, knowing what parts of the game you actually do have control and responsibility over are equally as important, so you can be on the lookout for the pitfalls you might encounter along the way. There is no substitute for a talented and creative salesperson in commercial relationships.

I want to hear from you – what are the main reasons you’ve seen that sales people don’t win the deal? Drop it in the comments below! 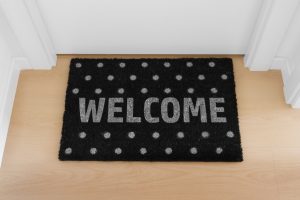 We have some big news here at Avenue Talent Partners to kick off 2018…. please join me in welcoming Taryn […]