Obviously, having never read the book, it’s impossible for me to comment on its content. That said, the title always makes me think of something that’s becoming increasingly important in the business world—emotional intelligence (EQ).

Think about it—have you ever wondered why some (not always the case) of those brilliant smarty pants you went to college with ended up hitting a wall later on in their careers?

On the flip side, it’s likely that some of your zanier, quirky and not as brilliant friends realized tremendous success, placing them in positions of power and authority.

No, this isn’t an absolute, all-encompassing answer, but at least some of the reason might have something to do with EQ—a person’s ability to socially monitor their own feelings or emotions, while also accounting for those of other people.

In short, though there’s nothing wrong with being a bookworm, what largely determines workplace success might very well have more to do with emotional intelligence than cognitive intelligence.

So, as of today, where do you stand with all of this EQ stuff?

I’m not a psychologist, and the five points below weren’t certified by any medical panel before being approved for publication, but they should give you a general indication of where you’re at with some of EQ’s more prominent features.

Self-awareness is important in that it allows individuals to see themselves as separate, distinct beings. By so doing, weakened areas are improved, and progress is made.

This one is easy to understand. Human beings are subject to a wide range of emotions, many of which are negative. However, just because anger, rage or frustration is felt, doesn’t mean it needs to be put on full-display for others to experience.

Those individuals who are able to practice self-control wait for strong emotions to pass before putting a response into action. That way, they’re able to interact with others from a place of reason, as opposed to emotion.

I’ve gone to great lengths to speak in detail about the importance of transparency in recruiting and sales. Finally, we’re coming full-circle, seeing why this is so important: transparency occupies a sizable chunk of the general EQ makeup.

Transparency manifests when people are honest and open about their goals, level of progress and emotions. Naturally, secrecy is the opposite of transparency.

The words empathy and sympathy comes from the Greek word pathos, meaning “emotion.” There is a difference between the two, though. To be sympathetic is to feel compassion, pity or sorrow for someone else.

Conversely, to be empathetic is to be sympathetic, but to take things a step further, placing yourself in the proverbial shoes of another. Needless to say, empathy is a trait the greatest leaders often possess.

If we were to do away with this list entirely, your ability to manage conflict and bring about a peaceful resolution would be a strong indication of the strength of your EQ output.

Well, effective conflict management requires a great deal of EQ to settle heated disputes, unfortunate misunderstandings and routine differences of opinion. Are you a natural peacemaker? If so, you likely possess an EQ score higher than most.

Now that we’re done with that, how did it go? In the comments section below, I don’t want you to tell me where you think you’re at with your EQ level. Instead, I’d rather that you speak to the importance of EQ in the workplace.

As always, have at it! I’ll be checking back in periodically to see what you’ve got for me. Thanks so much for reading, and have a great day! 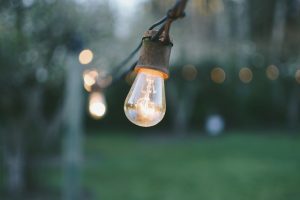 Awesome, earth-shattering businesses start with a great idea, right? Yes, but there’s certainly more to it than that. Google, Amazon, […]