When it comes to people at the top of their game, a perfect example is the Olympics.

Anyone that knows me, understands my love of the Olympics.  I’m hooked from start to finish.  I mean, just imagine staring down at the snowboard slope-style course on your final run, down on the scorecards, and needing to deliver in a critical moment that’s being watched by millions of people worldwide – and on your sport’s most competitive stage?!


It doesn’t get more intense than that!

These athletes work their whole LIVES to get to that moment.  And even when the outcome isn’t what they’d hoped for, everyone strives to lose with grace and win with dignity.  Something I’d personally like to see more of in the ecosystem of sales and startups.

Regardless of the outcome, I think those participating in the Olympics have a respect for their competitors’ drive, focus, dedication, and mastery of their craft.


Nobody gets to this level, let alone the podium without putting in the hard work consistently and the same can be said for sales, leadership, and startups.

Beyond hard work, these athletes surround themselves with people that elevate their game and rally together to push their personal limits.  It’s a collective pursuit of excellence that never fails to pull me in while inspiring me at the same time.

There’s nothing like watching the world’s top athletes put it all on the line.

I’m reminded of so many important lessons that absolutely apply to the dynamic world of sales, startups, and leadership.  Without further ado, these are a few of my favorite takeaways.

Getting to the top is hard – staying there is harder.

Someone who has blown my mind since I first saw her dominate in PyeongChang when she ran away with the gold after back to back 1080’s… something no woman had ever done in competition before!

Can you imagine the pressure that she had to deal with for this year’s event?  Anyone who quickly catapults to the top while setting the bar is going to have incredibly high expectations going forward, which can be challenging to navigate to say the least.  Especially when you’re on display in front of millions of people and your fiercest competition.

That’s why I was so impressed by the way she CRUSHED her final halfpipe run to win the gold medal this year too.  It was smooth, stylish, and spectacular on all fronts.  Despite the massive pressure, she remained cool and collected and delivered once again.


How could she possibly deal with that pressure?  Through consistent and focused preparation.  Plus, the support system surrounding her… especially her Dad who has dedicated his life to helping her succeed.

Chloe didn’t let early success get to her head.  She checked her ego, continued to do the work, and had her eye on the prize to stand tall on the podium once again.  That first taste of gold merely carried her focus forward to lean into the process of continuous improvement, growth, and development.

Simply put, don’t stop at your big wins.  Celebrate them, honor them, and keep moving forward.

This is the mindset of champions.

Always be ready to adapt.

In the men’s freestyle skiing competition this year, the conditions were less than ideal and treacherous… -4 degrees, up to -26 degrees with wind chill, and gusty winds disrupting the precision of these athletes!

You might think all skiers are accustomed to the cold, but there are a plethora of ski mountains that rarely drop lower than 15 degrees.  If a skier hadn’t skied in those conditions before, they’d likely be unprepared to perform during extreme weather.  And even if they had trained in extreme cold weather, they faced a real challenge that day.

The only way for them to perform in poor conditions like this is through their ability to adapt.  And not just the freestylers, the biathletes with frozen hands and faulty ammunition due to extreme temperatures, the snowboards with the gusty winds, and anyone else competing outside trying to figure out the best way to compete under unexpected conditions.

Change is the only constant in this world.  It’s what you DO with that change that matters in the end.


This is something that all leaders, salespeople and startup founders need to be aware of.  Even if you’re finding success you have to be ready for the tables to turn at any time.  And this is when great leaders shine the brightest.


When you need to weather an unforeseen storm, keep your focus on your people, your process and what you can control.  A strong team that’s unified in its mission will be able to handle anything that the market throws at it.

EQ was the IQ, I firmly believe that AQ (Adaptability Quotient) is just as important.  It’s also one of the biggest “boxes” the SaaS startups I work with are looking to check in the hiring process.

In the blink of an eye, things change in the world of startups.  If you can’t change with them, you’re going to get left behind.

Instead of a fixed mindset, lean into having a mind like water with the agility to adapt.  Otherwise, how can you truly grow or keep up with the ever-changing demands of your buyers and marketplace?

Moral of the story?  Lean into being adaptable, leverage technology where you can, control what you can, focus on your people and process, and stay focused on the big picture.

If there’s something that grinds my gears to no end, it’s when people bend the rules to try to come out on top.

Yes, I know the world isn’t fair.  But the controversy in the women’s Ice Skating event rubbed me the wrong way this year and is unacceptable.

Sadly, doping is something that happens behind the scenes:

Fast forward to the 2022 Winter Olympics and the controversy was back in the spotlight when 15-year-old Kamila Valieva was caught for taking a prohibited drug.  She then went on to win the team figure skating event!

So much about this just doesn’t add up and it casts a cloud over the event, forcing tough questions about integrity, the athletes, and the Olympics as a whole.

Think about it.  What message does it send when you allow somebody to compete that breaks the rules?

“If you can’t play fair, then you can’t play, is my opinion on this. It’s heartbreaking for many in the skating world because she is a tremendous talent. But if you don’t play by the rules, then you should not be in this competition.”

Let’s flip the script back to sales and startups.  Imagine that your buyers and investors find out that you’ve been lying to them while resorting to shady business practices just to close more deals.

You might get away with it for a while, but it’s eventually going to come back to bite you.

And for a young startup, that could easily spell the end of the road.

In case you need a reminder, Theranos, and the horrible business practices between Elizabeth Holmes and Ramesh Balwani resorted to is an excellent example.


“The time is always right to do what is right.”  Martin Luther King, Jr.

Honesty is crucial in leadership, startups, sales, and LIFE.  Don’t risk sacrificing your credibility and reputation just for the chance to lock in a big win and get ahead.

Put your head down, do the work you need to do, and over time you WILL succeed.  Play the long, not the short game.  This is how you stick around for the long haul.

If you watched the Olympics this year, what caught your eye and how are you thinking about it from a sales, startup, or leadership perspective?


What events or athletes inspired you the most?

Stay tuned for 2024 when I’m back with another Olympic recap.  And until then, let’s keep the sales and leadership conversation going. 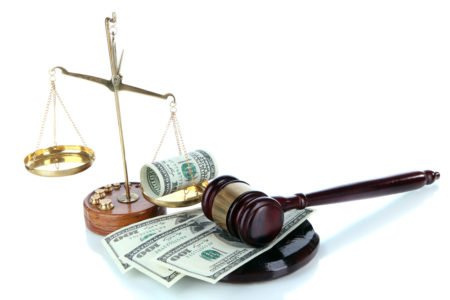 Unless you’ve been sleeping under a rock you know that the sales market is white-hot right now.   Hiring […]