As a sales veteran turned sales recruiter, I’ve seen (and continue to see) startups try to hack their way to sales success when they’re trying to scale.

But the truth is, most of the shortcuts they try end up biting them in the proverbial derriere more often than they help.

Truth be told, trying to cut corners and take shortcuts to sales success almost never works for the long-haul. And though the draw is usually to save money and time, it more often than not ends up costing more in the long term than it saves in the short term.

Below are 3 of the approaches I’ve seen most often… and why they don’t work. Plus what to do instead!

1. Hiring a “player-coach” to bridge the gap and save some money.

This seems like such a great idea on paper… but the truth is it usually just ends up being an expensive hiring mistake.

First of all, sales is a tough job – sales leadership even more so. And it’s incredibly hard to do one of those well, let alone two.

So the competing priorities of being both a coach and carrying an individual quota often put the person you hired in a tough position where they have to choose between doing one or the other. 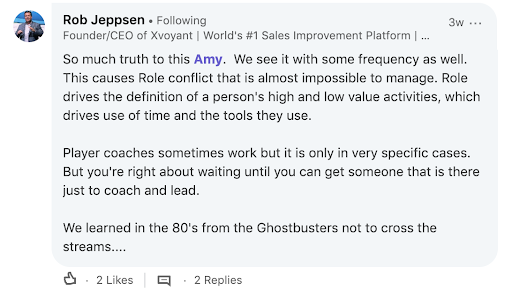 Not to mention they’ll be competing with their team for who gets the best leads, territory, etc.

Furthermore, at the stage that most startups are thinking about hiring a player-coach, the founder is still doing most of the selling.

This is a good thing don’t get me wrong.

However, the player-coach they hire typically just becomes a lame duck VP with very little ability to actually lead and build the team and processes that will actually help the business scale.

Then they churn out costing you a lot of money through the losing/replacing them process.

What to do instead.

First and foremost, you need to take a good look at your business and decide what makes the most sense at your stage and what your marketplace needs.

Are you ready to go full steam ahead on scaling?

Your money will be better spent on hiring the best VP of Sales you can for your business, even though it will cost a lot upfront.

However, if you’re handling sales yourself now and just need some additional bandwidth, hiring a talented “player” might be a great option.

Since you’ve done plenty of selling yourself, it will be easier to transfer your process to them and move into more of a sales leadership role yourself.

2. Hiring from Salesforce (or any other big company) for the “playbook.”

This seems like a great idea because who doesn’t want to tap into the success of a company like Salesforce?

However, the person you hire from a big logo doesn’t have the perspective of a startup. And that creates an uphill battle many don’t stop to consider.

For starters, a person from a big logo will get a seat at the table just because the brand is known.

But startups don’t have that luxury… or many of the others that a more developed business can offer:

I experienced this transition from a large, established business to a startup firsthand in my career when I went from Yahoo! to Indeed.

Yahoo! was a household brand and Indeed was an unknown ‘new kid on the block’ at the time with zero brand recognition.

And to be successful, I had to take a completely different approach to prospecting to get my foot in the door (and be invited in) with enterprise buyers.

(Related: How to sell when you don’t have brand recognition)

What to do instead.

This is not a “one-size-fits-all” thing… you can’t just throw some other business’ playbook at yours and expect to start raining cash.

Instead, you need to make sure you know exactly what YOUR business needs in a hire.

If this is a priority for you, I’ve written an article on the Sales Hacker blog that outlines each of the 7 questions you should ask yourself to make sure you get your hire right.

3. Hiring for their network or industry experience.

Many clients who come my way will list one or both of these as a requirement for the person they hire.

But truthfully, neither of these matters as much as you think they do.

I’ve seen far too many empty promises on the rolodex front. And the truth is, that network isn’t as valuable as you think it is.

The thing is, a good salesperson knows first and foremost how to sell.

By that I mean, they know how to break down a product or service, choose the right prospects and then engage them… no matter where they are.

Sure, having them “in-network” or familiar with the specific industry or tech speeds things up a bit. But as Todd mentions above, only initially.

It’s more important to hire someone who has the foundational skills they’ll need to be successful with you.

“Don’t sell me on industry knowledge, sell me on how you blow up the stories we make up.”

Nothing about recruiting salespeople or scaling a sales organization is a one-size-fits-all scenario, nor is it something you should try to “hack.” And that’s where most startups will go wrong and attempt one of these approaches above.

Getting your hires right and spending the money on the right people for your business is the only way to build a lasting, scalable sales organization, no matter what stage you’re currently at! 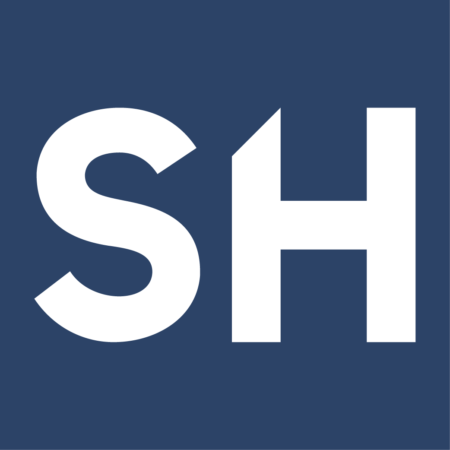